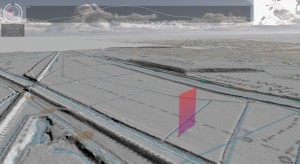 We are using Java increasingly in our research and teaching at Cranfield University as a powerful, industry standard programming language. We use the NetBeans Integrated Development Environment (IDE) to manage projects and all the files involved. We prepared a series of three short tutorials to get users up and running in Java and NetBeans, implementing a simple array sorting algorithm and then using JavaDoc for documenting the source code.